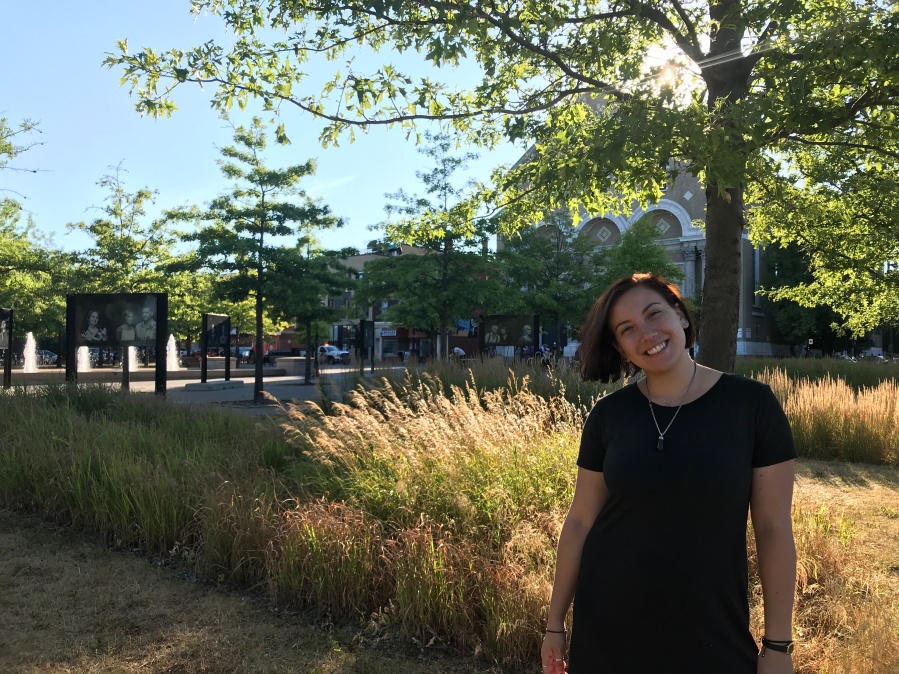 Here I am, a year after the Watson ended, still feeling the reverberations of an experience that has since moved into the fragile architecture of my memory. I never posted my final Watson Quarterly Report; I think this was a reaction to a moment when I was shutting down all my social media accounts and cutting down my screen time. Or possibly it was a decision stemming from fear–final reflections feel so damn sad, like when you reach the last page of a long book that you loved reading.

But now one more year has passed. I’m starting a new job, and I just spent some time traveling. I want to write again. I’m working on a new reflection, but it needs context. It’s easier to see where you are when you remember where you’ve been. So my final Watson reflection, submitted September 2018:

In many ways, it had been a year of “I.” Why did I get the Watson? I felt like I had won a lottery that only a select few were able to buy tickets for. So many people I met along the way asked some variation of “How can I sign up for that?” You can’t, so why could I?

At the conference, I joined 36 fellow fellows and that ‘I’ became ‘we.’ Who are we to get the Watson? That question made more sense to me. Because each and every person I met at the conference gave me a sense of awe. It had been a year of meeting new people who challenged and inspired me, but there’s something palpable about the passion coming from 37 freshly returned Watson fellows; it almost overwhelms you. You learn the words, “The mission of the Watson is to expand the vision and develop the potential of promising students” and they make sense for the first time. Maybe I’d never really read them before, or maybe I needed an entire room of Watsons to see why those words matter.

I’m still not sure exactly why I got the Watson, the same way that I can’t understand why I was born in the wealthiest nation in the world, from two light-skinned parents who always had enough money to feed me and enough time to read to me. And I can’t understand completely why I care so much about income inequality and wealth distribution, the issues that brought me to cooperatives, enough to build my life around fighting for a different world. But I can understand why my Watson year will make my actions in that fight stronger, more thoughtful, and full of heart.

My Watson year taught me to challenge my ego. My previously righteous sense of black and white broke down, and I began to see beauty within the gray. I have a tendency to choose sides quickly and pass judgements. But that’s impossible to do when you’re seeing cooperatives from countries as different from one another as Brazil and Japan.  Different cultures and versions of cooperation helped me see how many shades of the same core values can exist in the world. Values rather than ideologies connected me to people across the globe. While I think a sharp and critical eye is still important, I am better able to embrace diversity in a movement, especially when that movement grows roots in different soils.

Embracing the diversity that exists within gray areas also helped me say goodbye to boxes. Boxes are judgements that I placed on other people and myself. It’s a rather lazy way of moving through the world, categorizing everything into neat spaces that I already understand. And it’s an uncompassionate way of seeing yourself because boxes limit your capacity for change. I am now trying to cast away boxes that I’ve spent years building—like the box I put myself in as someone who is ‘bad at learning languages.’ When you change your context and your perspective the limits that you previously placed on yourself and the world dissolve, and your ability to grow and improve is suddenly supercharged.

I spent two of my final three months in Korea and Japan, countries where visitors can interact with Buddhism daily. Buddhist philosophy really captured my interest, and it accelerated my personal growth during my final quarter. I realized that this work to break down boxes and eliminate quick judgements could also be understood as the practice of detachment, in the Buddhist sense of the word. Instead of becoming attached to one solution or ideology, I can embrace flexibility and solutions that evolve in their own context.

This new openness and flexibility has also brought me closer to a strong sense of hopefulness for the future. I’ve had many conversations (particularly with Americans) about cooperatives and the solidarity economy where the response is something like, “Sounds great in an ideal world, but it doesn’t seem realistic.” I am now able to respond, “We don’t need to wait for an ideal world. It’s happening now, and it’s happening all over the world! Believe me, I just spent a year looking at it.” These coops haven’t completely changed their communities or regions or countries. They existed in places with severe economic inequality and other very painful problems. But they’re building something beautiful right now. And that gives me hope.

On page 62 of the 688 pages of journal entries I wrote during the course of my Watson year, I said, “I hope to develop the capacity for grace in my movements through the unknown.” At the time, the ‘unknown’ was speaking Spanish, Barcelona’s streets, my country list, my next housing arrangement, and whether or not I’d find the right project contacts. It was what I’d do with the seemingly endless possibilities that were gifted to me by a generous foundation. It was everything that would happen in the next year, the year that felt like a blip in time that I was lucky enough to find. But perhaps unsurprisingly, the unknown extends beyond that year. It’s my tomorrow, forever, and at times I’m still stumbling awkwardly into the future. But after my Watson year, I have so many more memories from moments of grace and strength to draw upon while trying to find my footing.

View all posts by mlfisher17

2 thoughts on “Reflections on a Year, From the Future”